The corn-ovine production system is an alternative for producers by improving the income with ovine sale, giving an added value to corn production by feeding the sheep with grains and debris. The objective in this research was to describe the corn-ovine backyard production system of municipalities in the State of Mexico. The research was done in the municipalities of Villa Victoria and San José del Rincón in the north-east of the State of Mexico with producers who participated in the Territorial Development Program (PRODETER) “Sustainable ovine production”; the f ieldwork was from august 2019 to march 2020. This research was exploratory and descriptive. The information was obtained through interviews, visits to the production units and the application of 87 questionnaires. To analyze the information descriptive statistics was used. The results have shown that 22% were surveyed women and 78% were men with an average age of 47.1 years old; in sheep production it was 19.5 years old, who mainly produce maize with a yield of two tons per hectare, which is also used to feed their family and the sheep, mainly in the low water months. 95% of the producers herds their sheep around 4.4 hours a day. They sell sheep when there is an economical need, when income resources are needed for the children’s school; or for a family gathering. The main problem which producers face in sheep production is commercialization, because sheep and lamb are not well-paid. 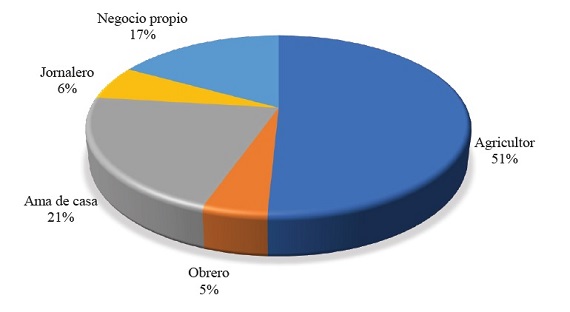