Effect of the application of biochar in the corn yield in Michoacan, Mexico

Biochar is the product resulting from the thermo-chemical transformation of plant biomass by pyrolysis. It acts as soil enhancer and benefits agricultural production. The objective of the present study was to evaluate the effect of biochar on the corn yield and the response of agronomic variables of a commercial corn in Maravatio, Michoacan. The biochar was obtained from dry corncob biomass using a pyrolysis reactor. Finely crushed biochar was applied to clay soils at 1% (T1), 2% (T2) and control 0% (T0) rates. Doses were calculated based on topsoil (10 cm) weight. The fertilization dose was 200N-80P-150K-30S for the treatments and the control. The design was in randomized blocks with four repetitions of 9 m2 each. The comparison of means was carried out with the Tukey-Kramer technique. The results indicate an increase in the yield of 1.2 Mg ha-1 (T1) and 1 Mg ha-1 (T2), compared to the control (T0). The weight of the ear, grain per plant, cob and ear length, showed the following trend: T1 > T2 > T0. The stem diameter and dry weight of the plant was greater in T1. Plant height and stem diameter were higher in T2. The root depth did not show significant differences between the treatments. However, the trend in lateral root development was T2 > T1 > T0, which suggests a positive effect for root development and exploration that could explain the increase in yield. It is concluded that biochar is a viable alternative to increase corn production and favors the vegetative development of the plant in the eastern region of the state of Michoacan. 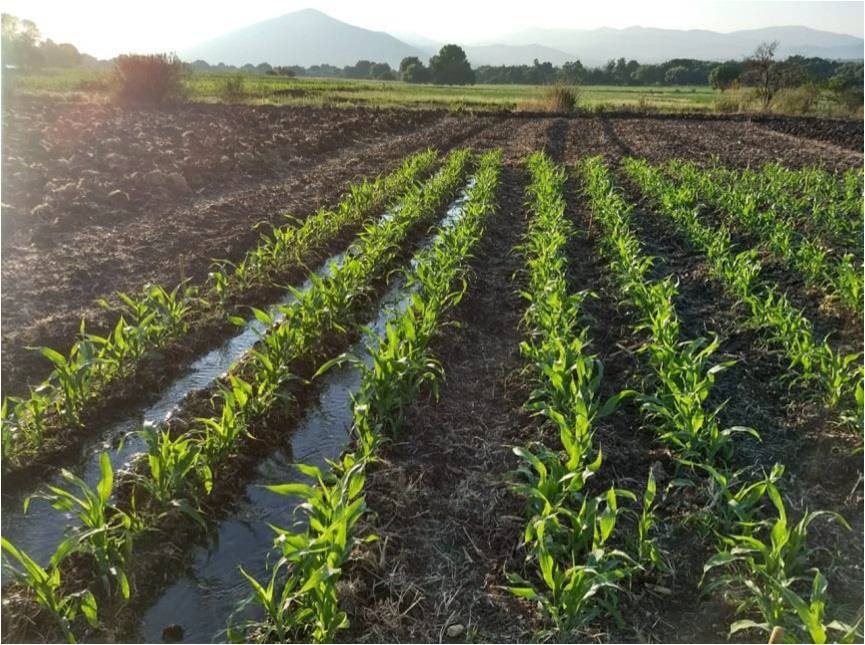